Links and further thoughts on our last episode of season two

This third instalment of EvC: The Reaction landed on the final episode of season two. In this finale, Sara, David, and Ed devoted the entire hour to addressing audience questions on a range of interesting topics. From the role of nuclear in Canada’s energy future to an unpacking of recent net zero activity, an exciting array of subjects were covered. The following were some of the highlights.

Corporations - like most of us - enjoy virtue signalling. This is a particularly attractive option in cases where a) costs are low/non-existent and/or b) risks are transferred to third parties and/or c) timelines for execution are so far in the future that the current individuals in charge will be largely free from the hard choices that real progress often entails. In our new world of commonplace “net zero” pledges, this understandable urge to be clean and green has been driven to new extremes. Almost every day seems to bring a new industrial giant promising a large-scale wind-down of the emissions that are usually central to their core mission. Indeed, Ed pointed out that “if you have any hope of trying to attract capital to your projects, you have to say, yes, I’ve got this net zero plan.”

Perniciously, such displays (and they are in fact usually displays) of corporate action can harm real progress. In a recent stirring academic article entitled The Illusory Promise of Stakeholder Governance, Harvard Law School’s Lucian Bebchuk and Roberto Tallarita lay out a convincing case that ‘stakeholderism’ (that is, approaches that involve corporate leaders considering those affected non-shareholder constituencies of a corporation, such as local communities or climate change impacts) should be rejected by those who take non-shareholder interests (e.g. social or environmental issues) seriously. Perhaps Bebchuk and Tallarita’s most convincing piece of evidence came from the fact that, among the companies they contacted in their empirical analysis, 98% had no approval from the Board of Directors to implement a much more inclusive consideration of interests when implementing corporate strategy! Those with even a passing familiarity with corporate governance will recognize that ‘net zero’ pledges (among other things) will therefore, in many cases, lack a formal mandate immediately upon CEO approval. They are, to borrow from wording used by these authors, mostly for show.

David took particular exception to a recent example from the oil and gas world, where the energy-rich Province of Alberta has self-branded, according to the provincial Minister of Energy, as a leader in ESG investing. A champion of ESG (financial jargon for investing that is environmentally or socially responsible) is an unlikely landing point for a province that has a strong historical skepticism of environmental activism. (Those following spirited protests around the oil pipeline Keystone XL likely share David’s skepticism as to whether the broader environmental community will go along with this rebranding.)  To paraphrase Sara, putting lots of effort into reducing the environmental impact of an inherently carbon-intensive product does not make you a leader.

What’s needed instead is enlightened, non-partisan regulation. Like all actors, corporations react to incentives. Carbon prices are a starting point - and we should go much further if we hope to decarbonize as fast as the science says we should (i.e., really, really fast).

2. Decarbonization: How do we get there?

The International Energy Agency (IEA) recently published (to much fanfare) a report that laid out a narrow path to net zero. According to the IEA, this would mean, among other measures, phasing out all unabated coal by 2040! Many around the world celebrated the IEA - a fossil fuel-oriented agency at its inception - for accepting the new climate reality.

Looking at the figures, however, suggests that this is an unlikely outcome. Is phasing out unabated coal by 2040 even a remotely viable opportunity in a world where a single major emitter (China) has over 247 new gigawatts of coal in planning or development? (For context, this is a number which Michael Standaert, writing a March 2021 piece for Yale Environment 360, puts at 6 times Germany’s coal-fired capacity). Is it responsible to be entertaining the notion that net zero is doable when, to quote David, there is no politically viable pathway to net zero? More anecdotally, can we say with a straight face that we are heading in the right direction when reviewing the foreign travel, exotic car, and mansion real estate-laden social media feeds of the general developed world population? How do we take into consideration the still-massive future emissions that will be required to bring developing countries to even a remotely Canada or US standard of living?

It is tough, David said, to imagine how big a problem it is that we are facing. Here in North America, he said, a few solar roofs isn’t going to do it. We will need a multi-pronged approach involving better transmission integration, major nuclear power ramp ups, and carbon capture technology deployment. In addition, breakthroughs in battery technology (currently constrained by physics and chemistry) will be absolutely essential for navigating those cold Canadian winter nights when the sun does not shine and the wind is at a standstill. All of these are only a starting point, and each bring huge new problems and new impacts: from the cost control and safety issues inherent to any nuclear builds to the unknowns of whether batteries can hit what is needed for seasonal supports.

In classic EvC fashion, some helpful ideas emerged. Ed highlighted that a national electrification strategy was essential. This would mean British Columbia could add as a hydro battery backup for Alberta, while Manitoba did something similar for Saskatchewan. Of course, Sara reminded us that some generous government action would probably be necessary – such as providing the line to the provinces in exchange for their cooperation. We can quibble about the specifics (such as north-south or east-west), but I’m sure all of us can agree that the status quo is in much need of revamping.

Which brings us to...

Near the end of the episode, Sara suggested a colourfully named new “Office of Lifestyle Changes”. This is perhaps the biggest - and most underreported - aspect of the energy transition. It’s understandable, of course, as generally the homo sapien modus operandi is to expand and grow. Talk of voluntarily stifling our instinctual urges is about as welcome as pre-revelation Scrooge at a Christmas celebration.

Pragmatic, numerate types like Vaclav Smil at the University of Manitoba provide a dash of realism for where we might start. In North America, Smil has argued, perhaps a useful starting point is to aspire to the per-capita emissions of lower-emitting countries like France or Japan (currently a fraction of American or Canadian footprints). We could build out better commuter networks, live more densely, and - to paraphrase the Princeton philosopher Peter Singer in his book Practical Ethics - find less environmentally burdensome activities to enjoy life, such as time with friends or exercising outdoors.

But relying on individual actions is never going to get us across the finish line. Echoing Gernot Wagner and Martin Weitzman (both formerly of Harvard) in Climate Shock, Ed observed that “when we all do a little, it adds up to a little”. The absence of discussion on behavioural modifications does not mean that changing our behaviours should be shelved for politically popular “green” alternatives like electric cars. Far from it. To repeat David’s admonition, there is no major change that is not really driven by regulation. Courageous leaders of all backgrounds need to coalesce to get good regulation pushed forward as expeditiously as possible. Whether we will have the good sense to do it with great urgency seems unlikely.

Thanks for joining us in Season Two of Energy vs Climate. We look forward to unpacking more during the 2021-2022 season! 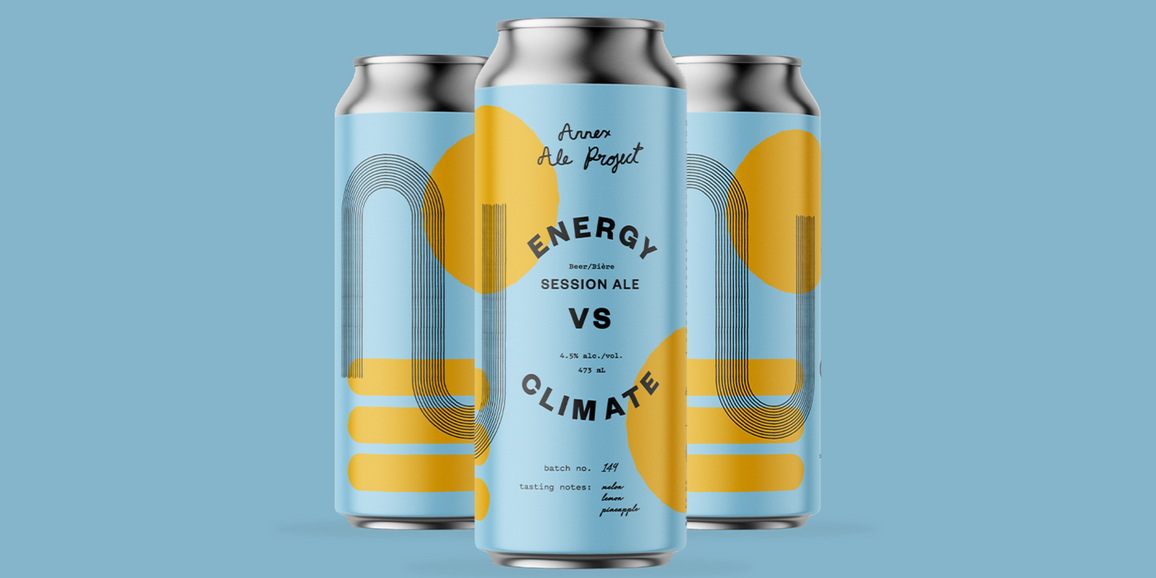